While I was first looking to start the engine I discovered that there was no oil in the gearbox.

It wasn’t a surprise to me at the time because I didn’t know if there had been oil in the gearbox when it was laid up or if it had just leaked out since. In all fairness given 14 years laid up even a small weep could lose 900ml of gear oil which is all this engine takes. For the sake of starting it up I just filled it with oil, but later (while washing and tearing her asunder) I discovered a rather large build up of muck under the right hand side of the engine that could only be attributed to oil or something helping it (the muck) to stick to the casing and the frame.

Once I had the engine out I could have a better look and I discovered a rectangular shaped hole right on the gasket line between the crank case and the clutch cover below where the coolant pump resides. Unfortunately I didn’t take any “before” pics but it was around here…. 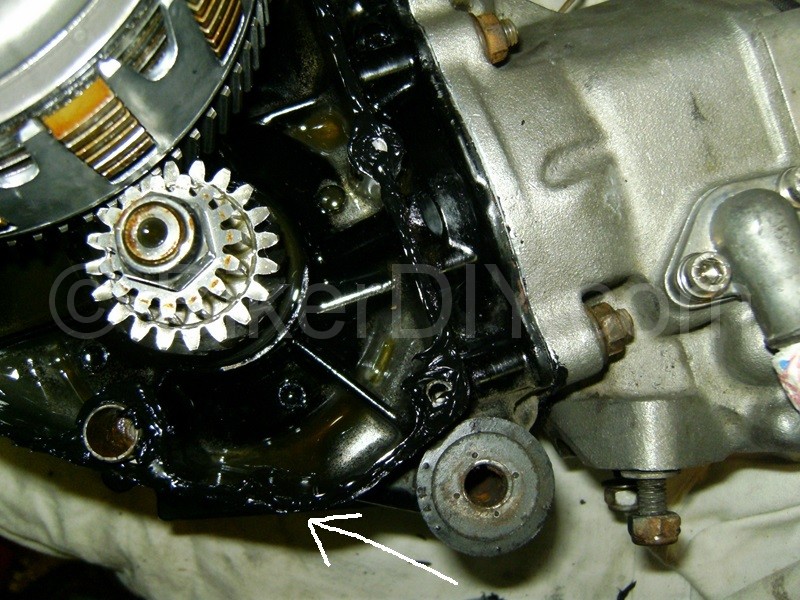 The shape and size of the hole (and it’s location) suggests some “mechanic” got over enthusiastic at some point with the flat head screwdriver while separating the casing, but it’s not the end of the world. The seal isn’t under a lot of pressure, so a liberal drop of a gasket seal compound all round should deal with the issue. 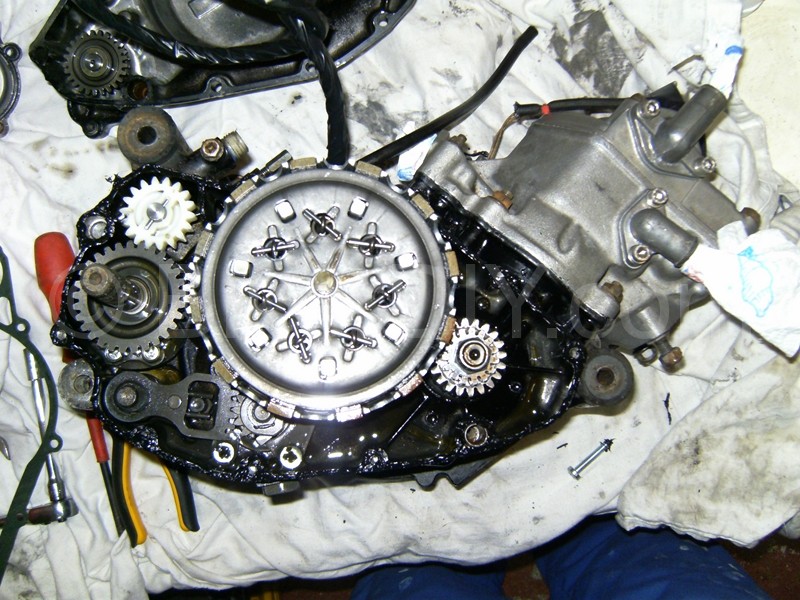 And sure while I was here an all it allowed me check out the clutch and the rest of the bits on that side …. 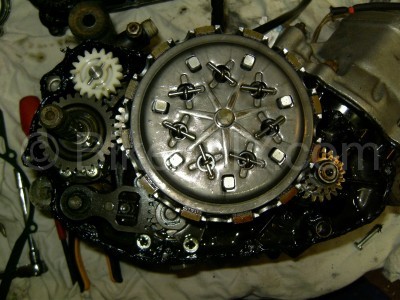 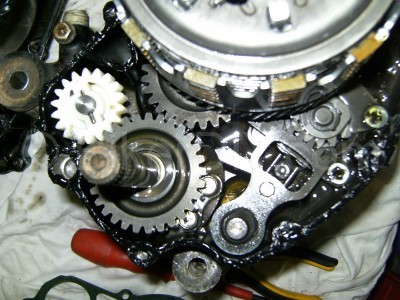 namely the kick-start ratchet end, coolant pump drive, rev counter drive and gear selector bit’s. Satisfied that nothing that I can see and check is going to fail in the foreseeable, I stick the cover back on..

I have left the lump filled with gear oil over a white cloth since then (about 4 weeks) and no sign of oil leaking out, so hopefully that’s the end of it because it won’t be nearly as handy a job when the engine is back in the frame. 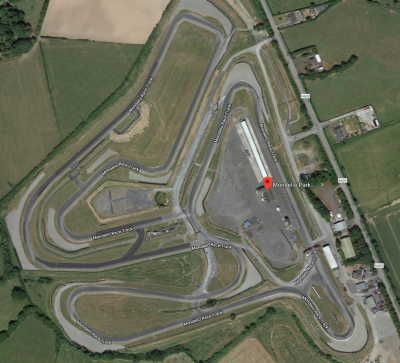