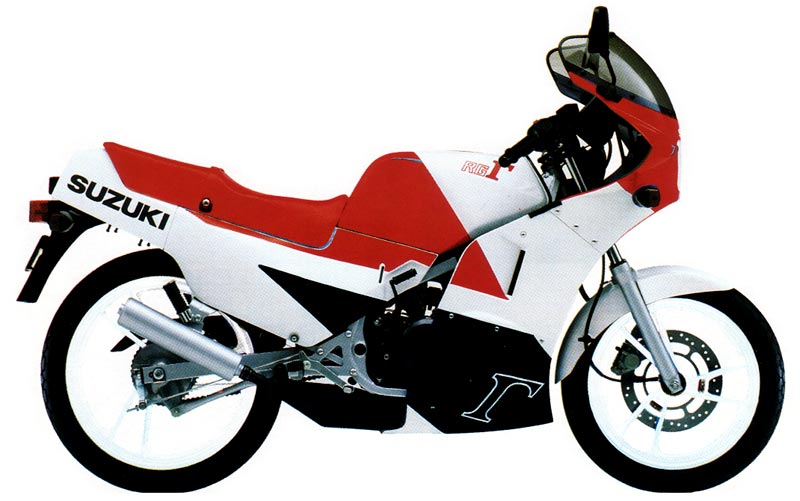 The motorbike above is a catelogue example of a Suzuki Rgr125 Gamma (I have never seen that colour scheme in the flesh myself). The last version of this model was apparently in production in 1988 and was produced with small, mostly country specific mod’s untill 1992. My project (see below)… 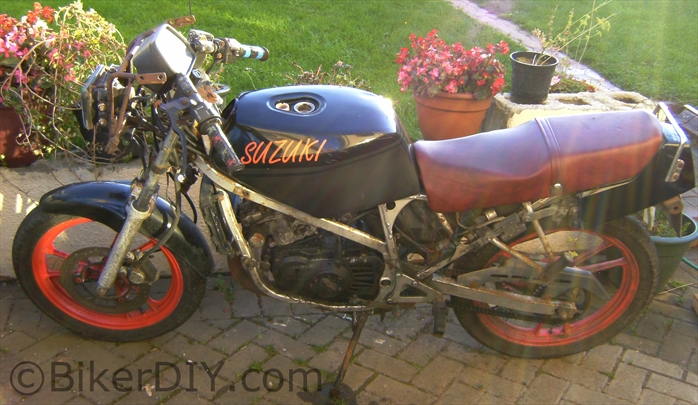 was registered as new in 1992, the same year the Rg125r Fun arrived on the scene. The rg125 fun was a total redesign of this bike and while some refer to these new design bike’s as the rg125 Gamma “f” or “fun”, I have it on (what I concider) good Suzuki word, that the Gamma name stopped at the ’88 model and from the 1992 model on they where the rg125(r) Fun.

The backstory to this bike is that a friend of mine who like me used to ride little 2 stroker’s “back in the day”, used to drive this bike, but some little time ago opted to leave for foreign part’s chasing work. He left the bike in the shed at home with the intention that some day he would bring it out to him or come back home and put it on the road again. Years later he decides/accept’s that neither is likely to happen so he e-mails me asking if I wouldn’t like a rebuild project for myself.

Now I had gotten off motorbike’s nearly 20 year’s before (I’m showing the age now) and hadn’t really thought about them much in the time since, but after almost a year of putting it out of my mind I decided sure what the hell it would be good to have a project for the winter and sure it didn’t mean that I would have to drive a bike again just because I was doing one up. (Famous last word’s).

Here’s the spec on the bike as I have them:

This one comes with the AEC servo driven power valve. You can get some extra info here.

My first motorbike rebuild project in more than 18 year’s..Here’s hoping 🙂