When it’s still attached to the bike of coarse..

You see I was stuck for a part, namely the tail light. I only had a small piece of the original and when I asked after a new one I was told that if one was available it would be €97 (euro) plus VAT…eeeek. So I held off for a while (maybe forever) to see what other options I could find. Curse my big ideas of rebuilding the bike as original or I could have bodged in any old suitable tail light for cheap, and it would probably look better an all.

Anyway to make a long story longer, I was reminded of a bike shop (that I frequented back in the day) that was supposed to have an acre field full of scrap bikes and quads and stuff behind it. So I paid a visit in the hopes of finding bits of use or maybe a new project, and would you believe it, there was a ’92 reg rgr125 Gamma (j model) stood up in the field as if waiting on me to show up. It had been brought in for repair quite a few years earlier with a siezed engine and the owner had decided not to go ahead with the repair at the time. And so it sat, tail light intact, slowly disappearing into the ground, until I arrived.

It took a couple of days to negotiate the deal because I originally only wanted the tail light and maybe the 3 remaining indicators and the bike didn’t belong to the shop so the owner had to be contacted to see what was what. In the end we actually agreed a price for the whole bike which wasn’t much more than I was willing to pay for the light’s anyway. And as it turns out, while I’ve only started to pull it apart, I have realised I’ve gained quite a few little bits extra as well, some of which it hadn’t yet dawned on me that they where missing off of my project. For example, I had completely overlooked the fact that the Gamma came with a little tool kit kept in the tail under the saddle. My bike didn’t even so much as have the bracket that it used to be strapped to.

Here is the latest addition to what is now officially my “collection” of bikes. 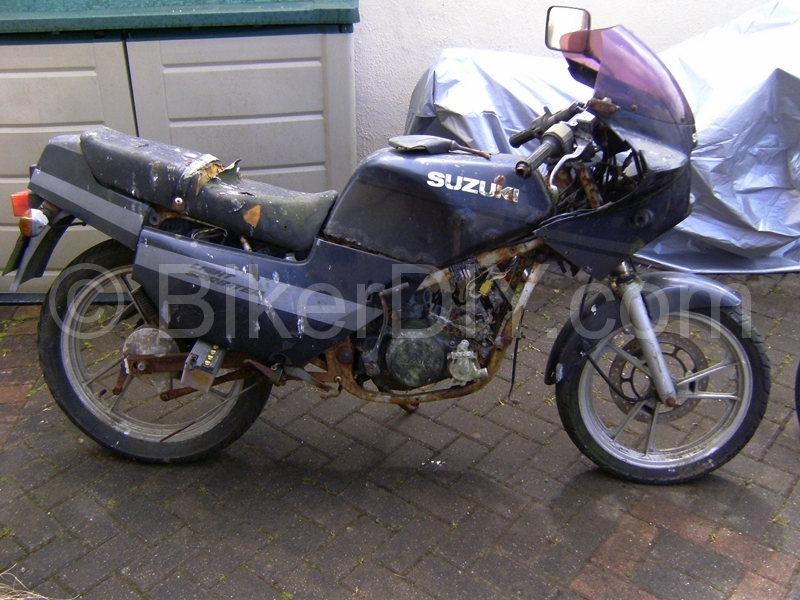 Now the first bike needed work, but I think this one is gone too far for me to bring back, certainly not to original spec at least. But even though this bike was bought primarily to provide specific parts to my current project, it has opened the idea of carrying on with a next project after the current one. I have a loose idea that I might maybe try to put a couple of more Gamma’s together ’cause I’m really enjoying this one (slow as it might be going).

Here are a few pic’s of the new donor bike. Rough as it is, I’ve no doubt you’ll see bits of it show up in later posts looking much cleaner… 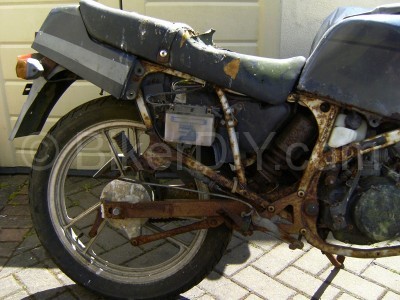 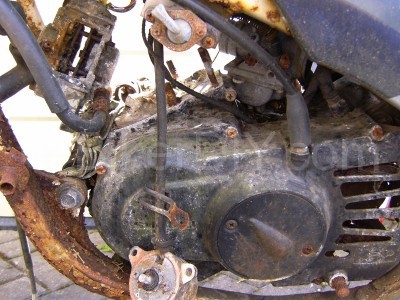 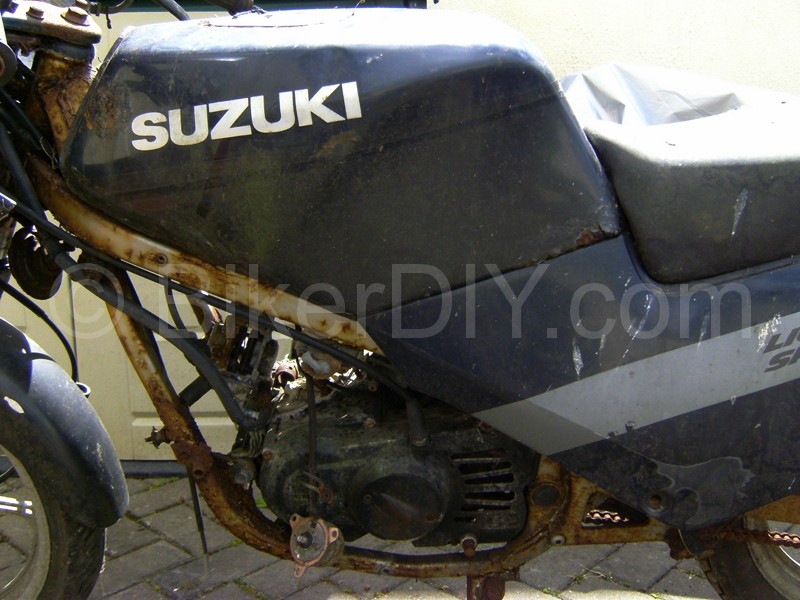 With the all important tail light, and of coarse the less important but maybe still to be used indicators…(I’m not so good with hand signals lol).. 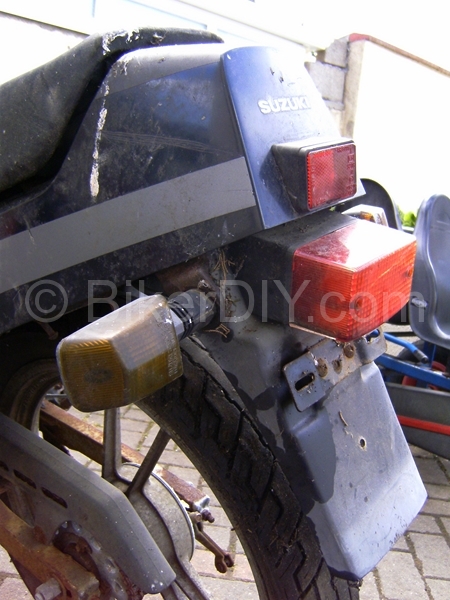 I’ll probably mention this donor in other posts as I progress and I also now hope the frame will get a reincarnated in the future.