The frame and assorted ironmongery.

The frame as I mentioned elsewhere was rusted all over. For reason’s I can only guess at, the area around the HT coil at the back of the steering stem was particularly bad.. 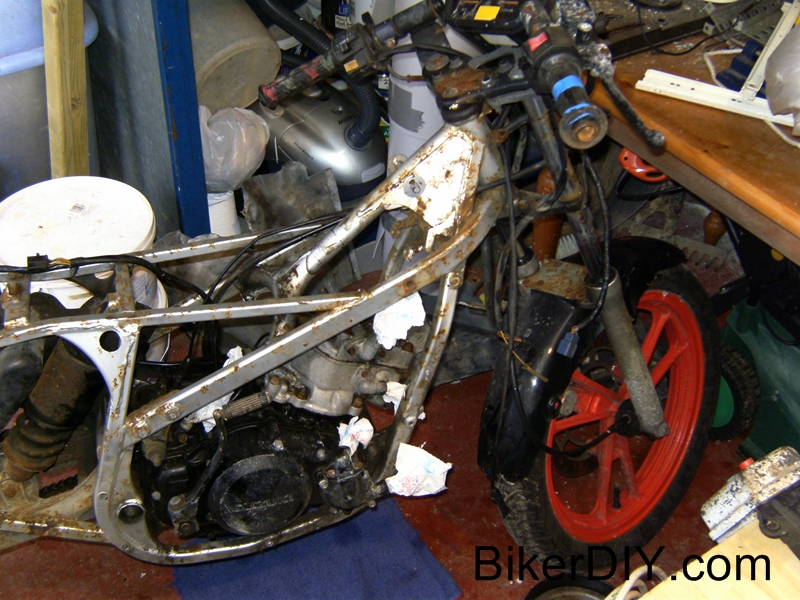 and of coarse the swing-arm and monoshock area as well. 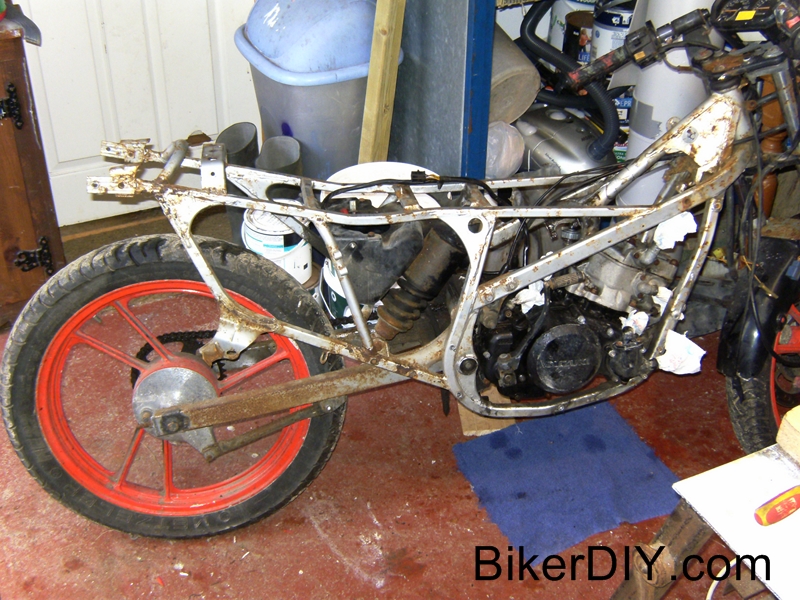 As well as the rust damage there was some wear and tear that needed repairing before painting, namely some of the mounting’s for the plastic’s bracket’s were cracked away from their weld… 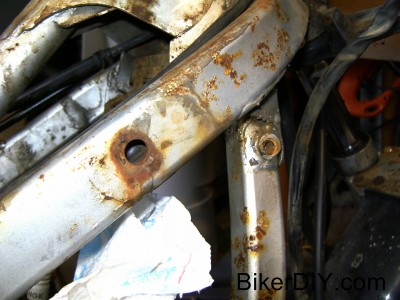 and the foot peg’s…. 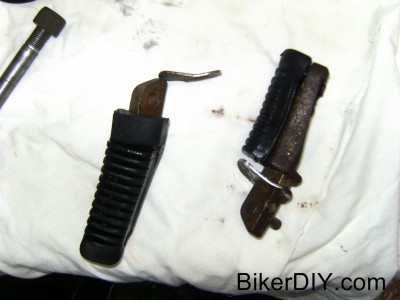 And all the other lever’s and arm’s where in a pretty bad way…. 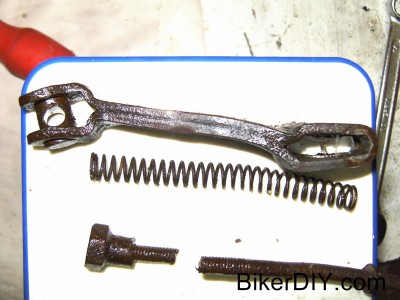 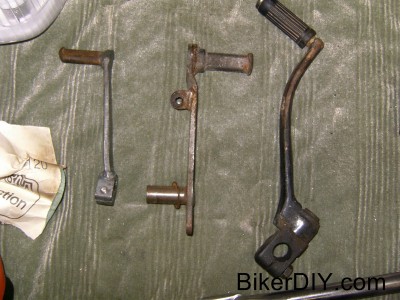 I decided I would take care of the surface preparation of the metalwork as much as possible myself as I have a friend who is set up to be able to spray it all for me. In hindsight I think if/when I go again (this bike or another) I will hand it over to a professional crowd or an apprentice 🙂 to prepare as the amount of work involved was just ridiculous, my god the number of nook’s and crannies in the frame alone. But I got them cleaned up eventually and the loose mounting’s I gas welded back in. 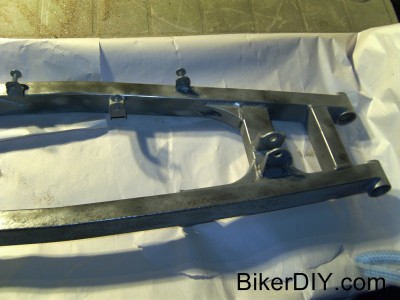 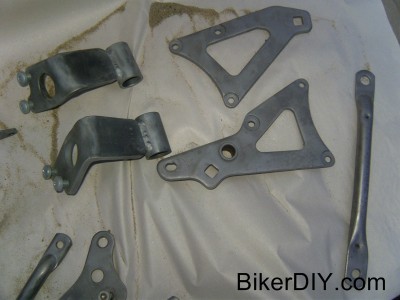 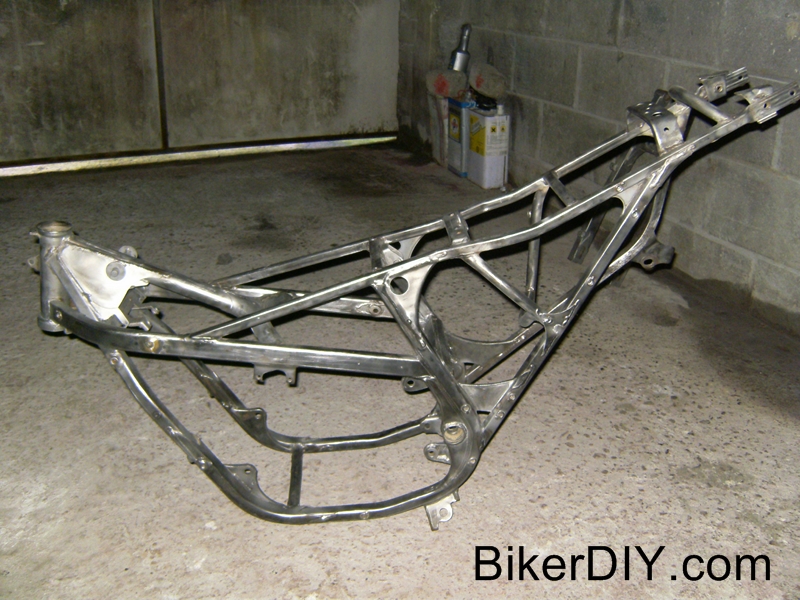 The wheel’s took particular attention. While the original wheel’s on this model came unpainted, somewhere along the way these ones had been, and while corrosion had lifted it in several places the paint that was still stuck was very stuck and very hard. 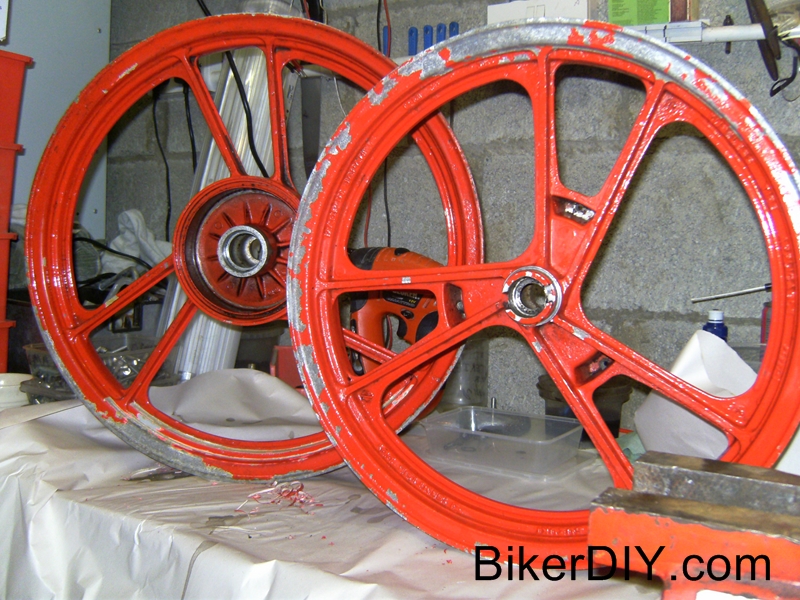 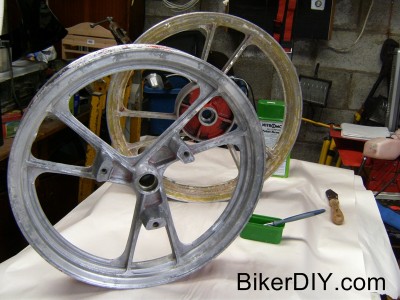 Several visits with Nitromors later and I have these.

(N.B. Nitromors is scaldy stuff if you get it on your skin, I recommend wearing proper PPE and have a bucket of soapy water nearby just in case, I’m speaking from experience here people 🙂 )

I then primed the aluminium bit’s myself with self etch primer which a local supplier provided in 400ml aerosol can (It took 2 can’s for the bit’s I did). 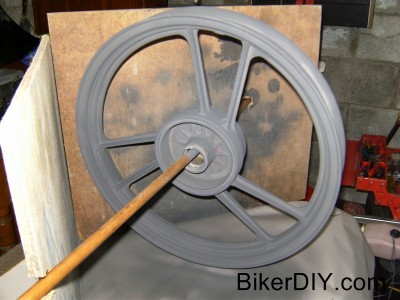 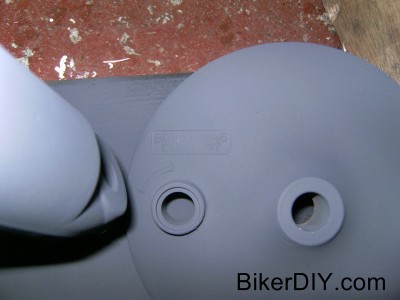 And my paint guy primed all the steel bit’s for me. 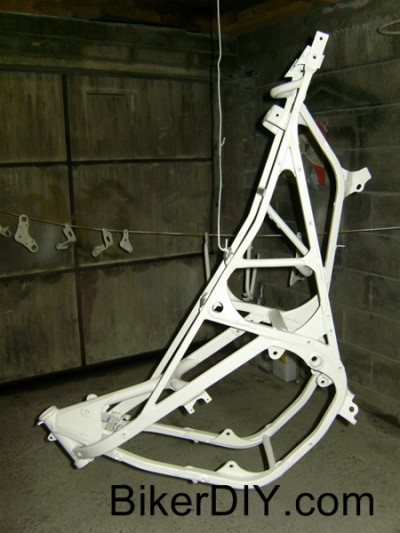 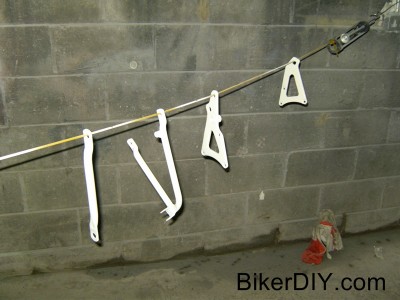 At which point it was all with my paint guy to spray up. I chose (with my spray guy’s advice) to use an EHS turbo paint no P498-WY50, which is a red quite close to the Suzuki service red but just a little brighter (to my eye’s at least). The black bit’s of the frame are also an EHS turbo paint finish. The 2 main reason’s for the turbo paint is the effective coverage on these type’s of part’s and the lack of a need for a clear-coat finish. I don’t intend using the same paint for the plastic’s as I want the sticker’s sealed under a clear-coat for protection but I have been assured that when the time comes matching colour’s between the different paint type’s wont be a problem.

After my paint guy is done I get these back… 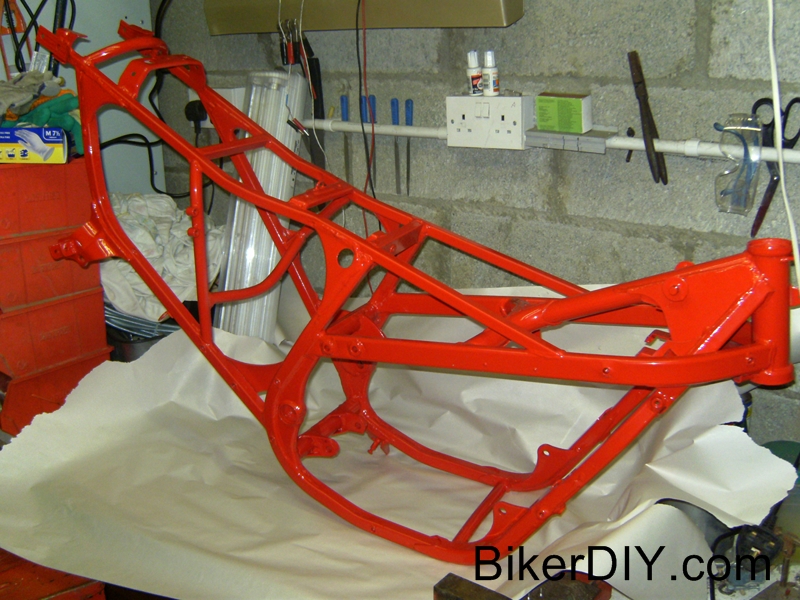 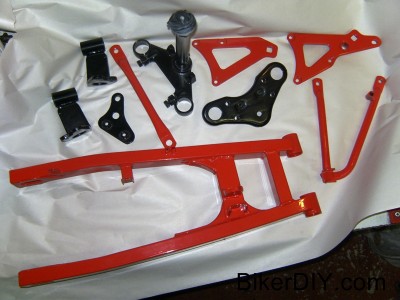 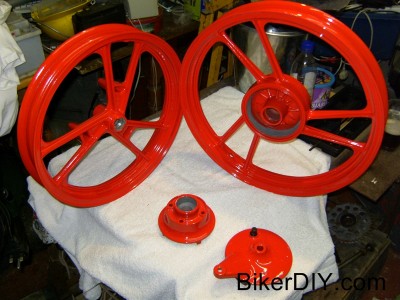