I didn’t pay a whole lot of attention to this part of the bike during the strip down, I suppose partly because it was removed early on and partly because it isn’t that complicated and appeared to be in good nick. However, when it was time to look at re-fitting it to the bike I found damage I had previously missed. 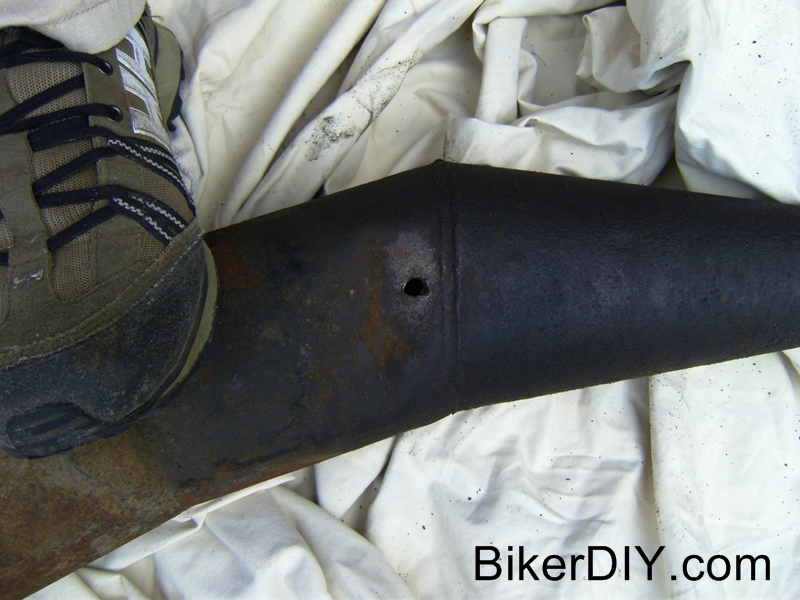 This hole was hidden by old fillers which had failed to hold to the rusty exhaust pipe and so fell out when I was having a look. At first glance it looked to me like the box might have gotten dented in some incident where the exhaust got pushed up against the underneath of the frame but on further reflection I think it is most probably an original feature to provide some clearance at that point between it and the frame. I have no other exhaust to compare it with, however, so all of that is guesswork. I’m also guessing that the drilled hole was part of an aborted attempt to pull out the dent or maybe an attempt at a performance boost. Either way I don’t want a hole in my exhaust so with the help of the head of a 6″ nail and a oxyacetylene set I fill in the hole in a more permanent way…. 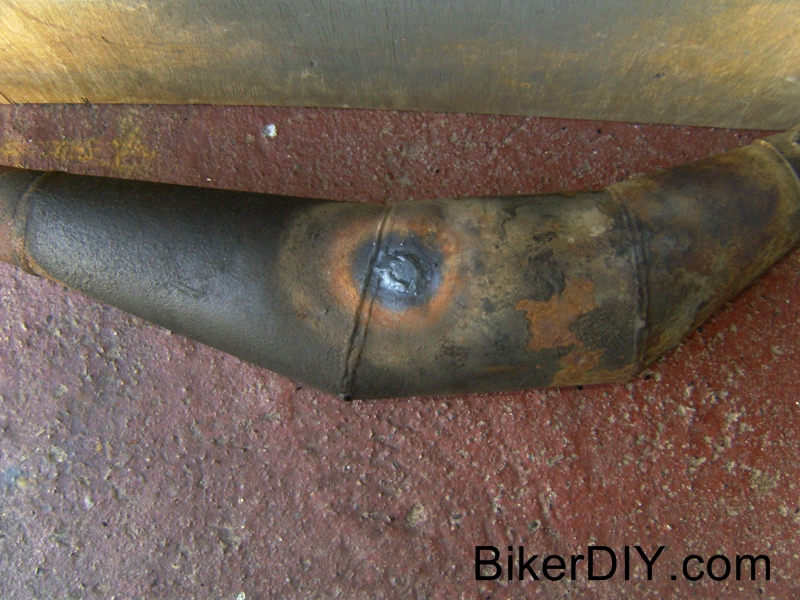 Ultimately I want to paint the exhaust but I have yet to see the paint that survives on an exhaust for any length. The good stuff requires the parts be put in an oven for a time and as of yet I don’t know anyone with an oven big enough to take this piece. 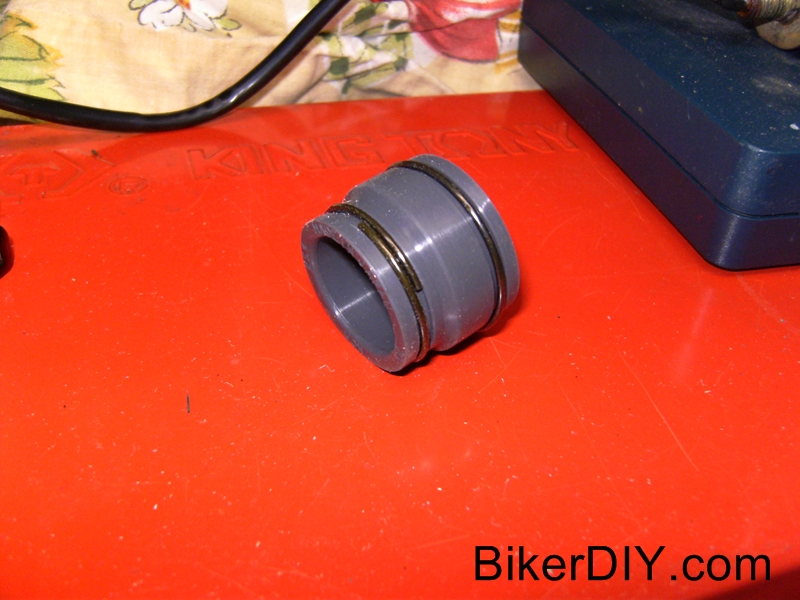 I had to buy one part for the exhaust system. This bit (above) goes between the main exhaust and the final box which is still original (the back box on a lot of bikes like this one got changed for a micron can back in the day if I remember correctly).
Here she is fitted to the bike…. 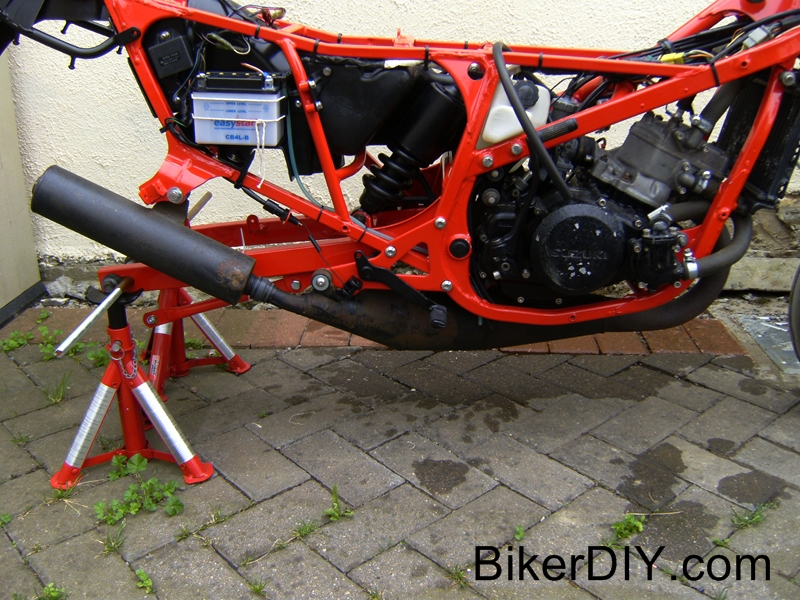 And here she is running…

It was great to hear the engine run again after a long winter of just looking at bit’s of a bike and it and the improving spring weather are really bringing on a sense of anticipation much like I remember feeling all them years ago when I got my first little Kawasaki.