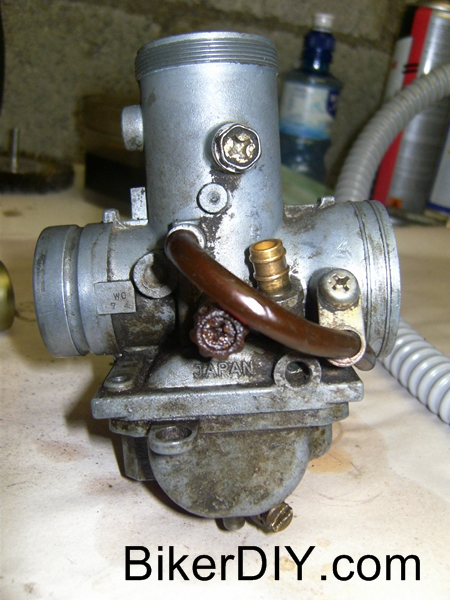 The carburetor had to be cleaned up a bit when I first got the bike just to get the engine to run, so I reckoned it could do with a proper deep cleaning to be sure of running right and I also wanted to check all the measurable’s (set-up stuff as well) to make sure it was spot on, if only to eliminate doubt if/when she puts up a fight when I try to start her again, when ever that might be ……sigh.

My main worry came from the state of the inside of the fuel tank when I got the bike, there was quite a bit of dirt and flecks of rust in the tank and down the fuel lines and filters (from lying up so long), and given the number of small bore apertures and fuel and air (and indeed fuel/air) routes and the fact that even a partial blockage of any of these routes can have a big bad effect on the running of the engine I wanted to avoid that if I could. Can’t be havin’ a reduction in power for nothing now can we? 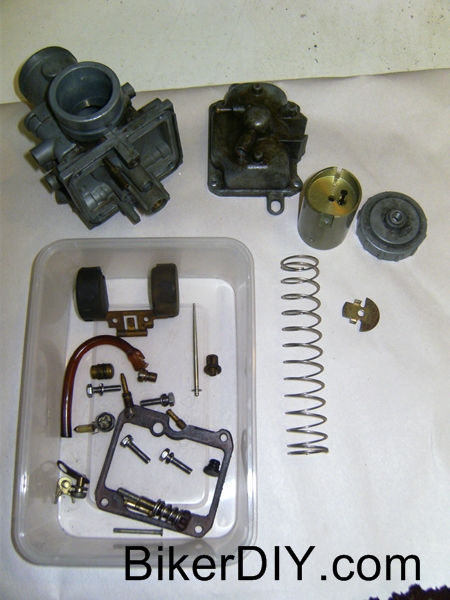 The fiddly part I found was making absolutely sure I had checked every millimetre of the routes in the carb for blockages, because some of these routes are small bore and don’t follow direct paths that you can see light through. 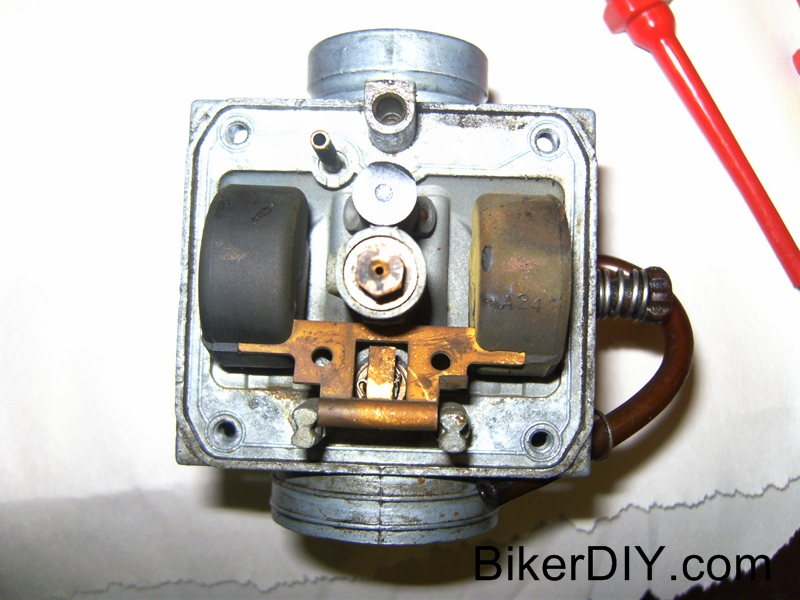 Things weren’t bad inside as it happens, the expected bit of stuff in the well and some on the floats as you can see above. All the little inlets and outlets where checking out except for the starter jet which was blocked completely, but that cleared easily enough with some “magic spray” and a small guitar string. (Don’t ask me what cord the string was because I’m not a musician, I just used a small string to unblock a jet!). I checked each aperture size against the Suzuki book as well as the part numbers on the needle jet and jet needle and it was when I took out the needle jet that I found all this nasty stuff. 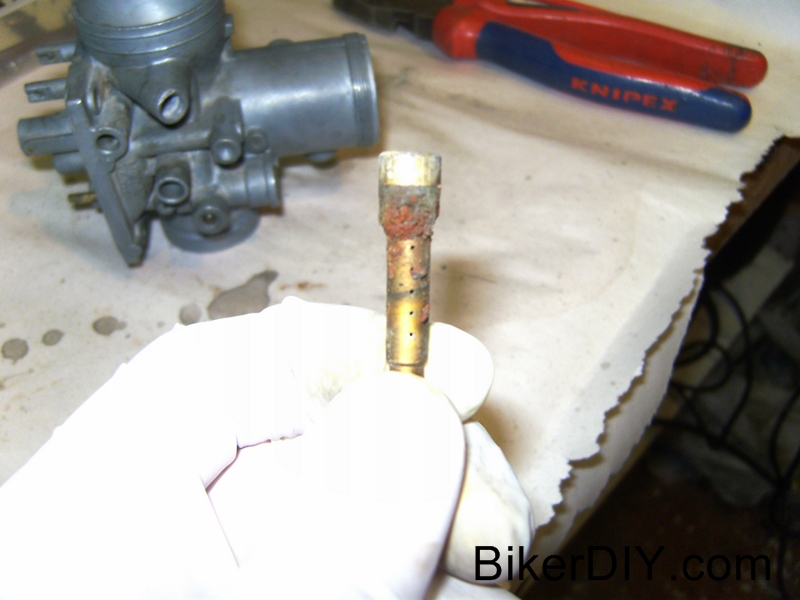 I was kind of surprised, what with most everything else checking out so well, but I suppose this was the point of stripping it down completely, to find this stuff and get it cleaned out, and it clean up just fine. 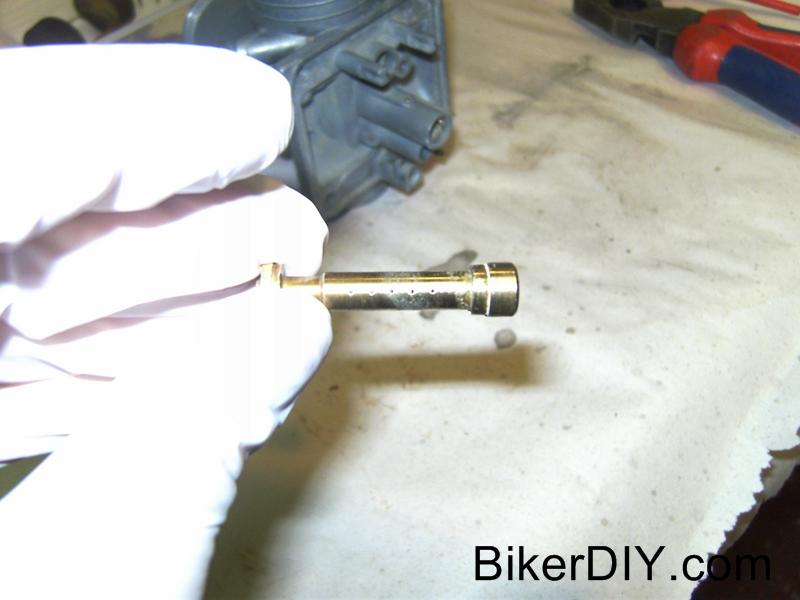 So I put everything back together according to the Suzuki book set up (for now at least) and one more job’s a good’n. 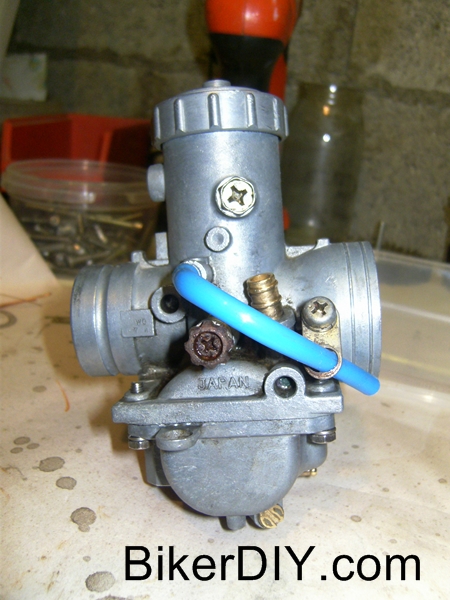