The front end. The steering stem.

The steering stem is quite a simple section of the bike and I couldn’t write much about it, but because it was the first part to be reassembled after stripping and painting and because there is a deviation from original part’s involved, I’m giving it a bit of a mention.

And so to the story. Rust had damaged the paint finish but there was nothing severe enough to cause any structural strength worries or anything like that. 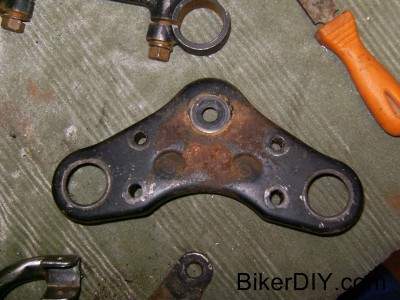 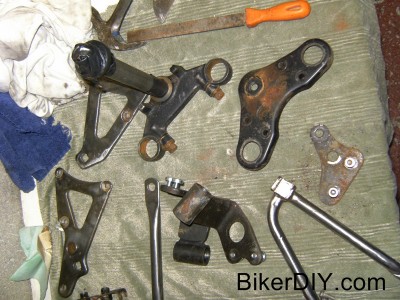 The bearing’s however were not in quite as good a shape. The issue’s here almost certainly occurred before the bike was put away as there was no corrosion under the now hardened grease but there was a slight flat side on nearly all the ball’s from the lower race and some brinelling (false or otherwise) is evident also, so for the sake of the few quid to ensure a smooth steering action I choose to replace the bearing’s. 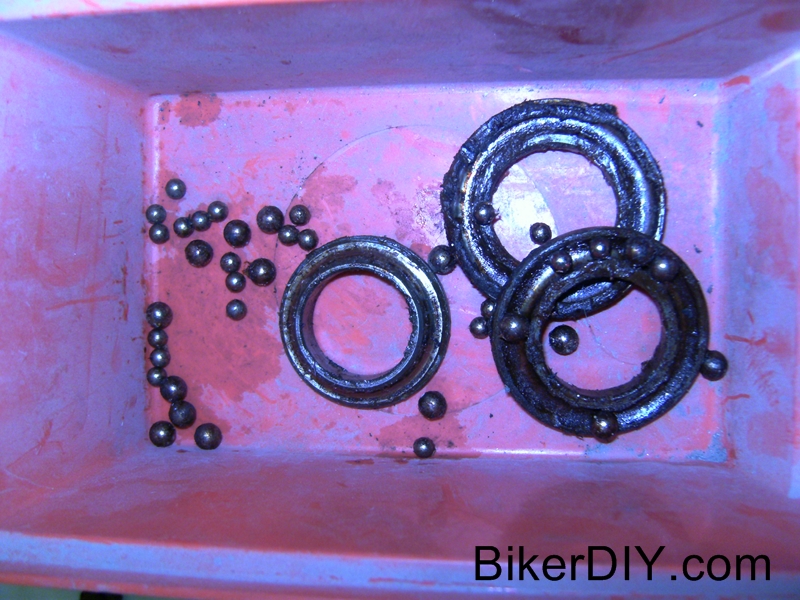 And this is where I deviate from the original spec for the first time. The bearing’s where ordered for me by my Suzuki dealer but the ones that arrive turn out to be a spherical roller thrust bearing type of arrangement. I’m guessing that the bearings that came were the type that was in the stem of the younger rgr125 fun motorbike (I haven’t actually compared them) and possibly this is where the confusion occurred as while my Gamma is registered 1992 it is actually a J (1988) model Gamma. The dimension’s however seemed fine for my bike and the installation is much easier because you don’t have to mess with loose grease covered ball bearing’s while you count them and keep them in place as you simultaneously reposition the stem. I also reasoned they should wear much better in use what with the larger contact surface area’s in the race themselves. So at the risk of upsetting any “grommet watcher” type’s out there, I chose to go with the thrust bearing’s.

So the lower bearing’s outer race goes up in here… 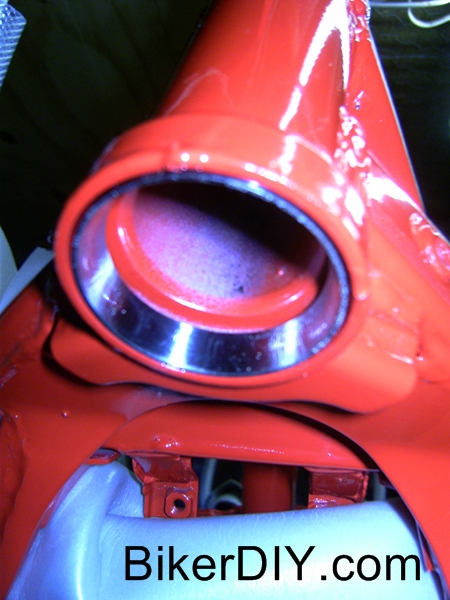 And the rest goes on here.. 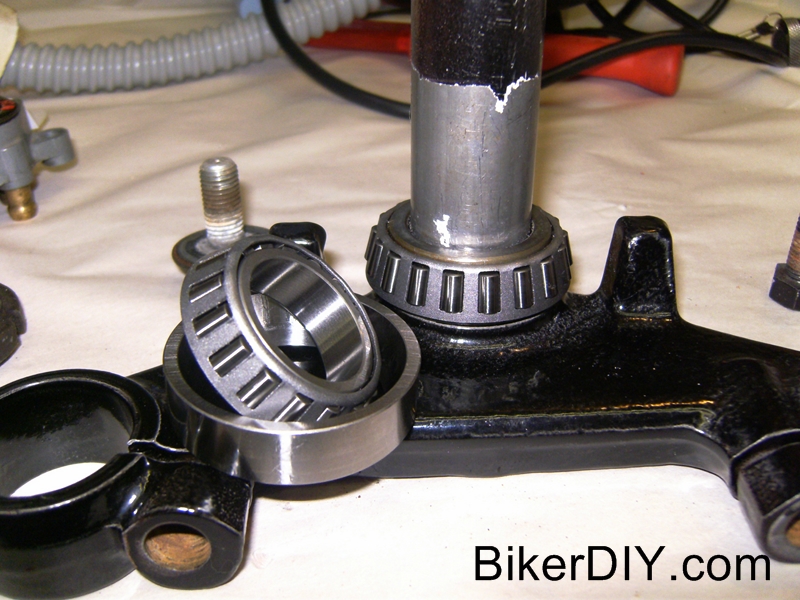 And the first part of my Gamma is reassembled… 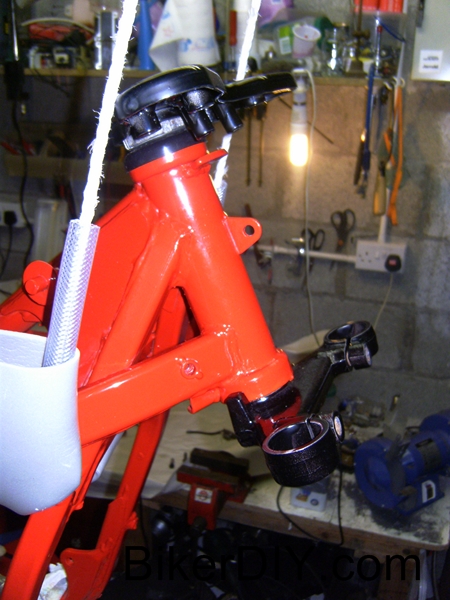 "The front end. The steering stem."