And so it begin’s.

As you will see in the next few picture’s, which where taken by the previous owner just before I picked it up, the bike I am starting with appears quite complete, 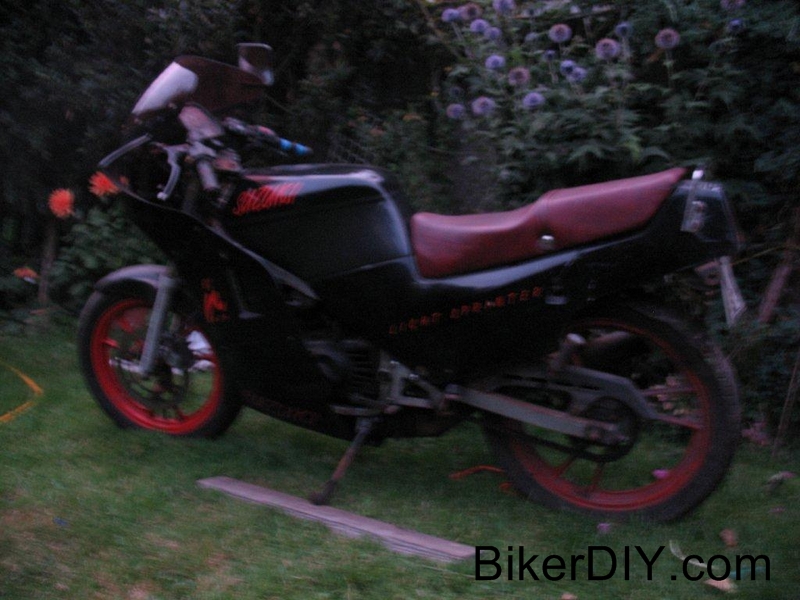 except I’m not sure about the front sticker’s, I couldn’t find a part number for them in any of the Suzuki drawing’s 🙂 . 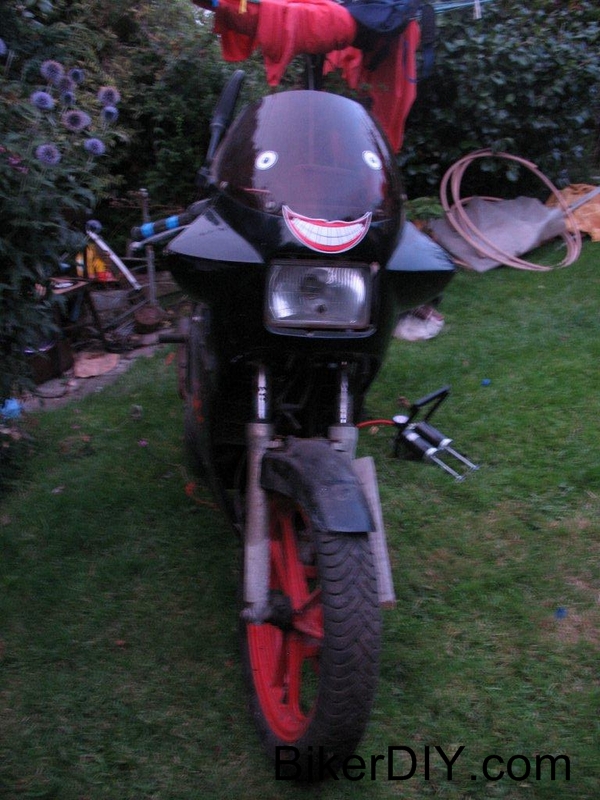 Although mostly whole the bike has suffered the expected wear and tear from being a driven bike back in it’s day and also the decay which results from siting in the one spot in a garden shed for better than 10 years. I won’t bother listing every little issue because it is plain to me that it will be coming apart completely anyway, you can see above that corrosion is heavy on the front shock outer tube’s and also the oil staining which say’s the fork seal’s are shot and were probably shot before she was put in the shed. There are rust spot’s on the chromed inner tube’s as well. Also there has been some modification’s to the tail end of the bike. 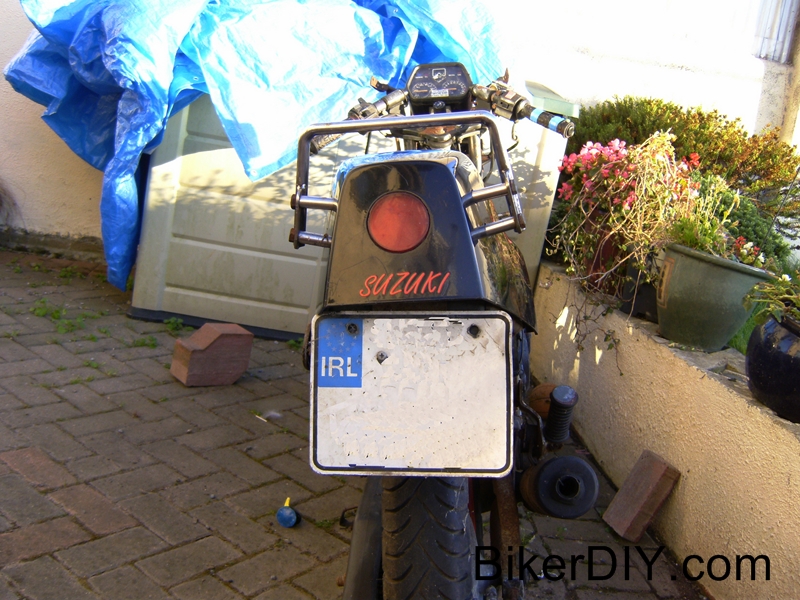 The back mudgaurd has been cut short, the original taillight is missing with a light having been built into the tail piece instead. And although (as I have recently learned from someone who know’s much more about these bike’s than I do) there was a version with a passenger grab rail, this grab rail is not the Suzuki part and has been fabricated and fitted afterward’s including altering the tail framework to support the modification. 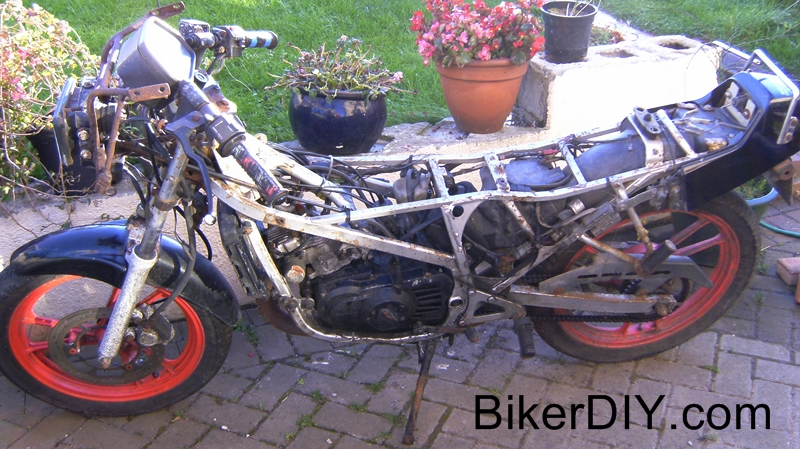 Rust is everywhere, some of the bracket’s for the plastic’s are missing and some of the threaded insert’s for these brackets have broken away from their weld. But all that said the engine turned over and a couple of hour’s of fiddling and kicking and kicking and a bit of cursing and I had a running engine and also a nice set of bruises on my calf .

To my personal surprise the smell of the 2 smoke and the “bbbrrriiing bbbrrriiing” sound of the engine made me all nostalgic for my younger day’s of driving little 2 stroke’s and I there and then realised I would be a born again biker and get this little thing back on the road for my riding pleasure. So in that couple of hour’s this bike went from being something for me to pass the time, to motorbike’s in general being something that take up near all my spare time.

"Stripping down the bike."