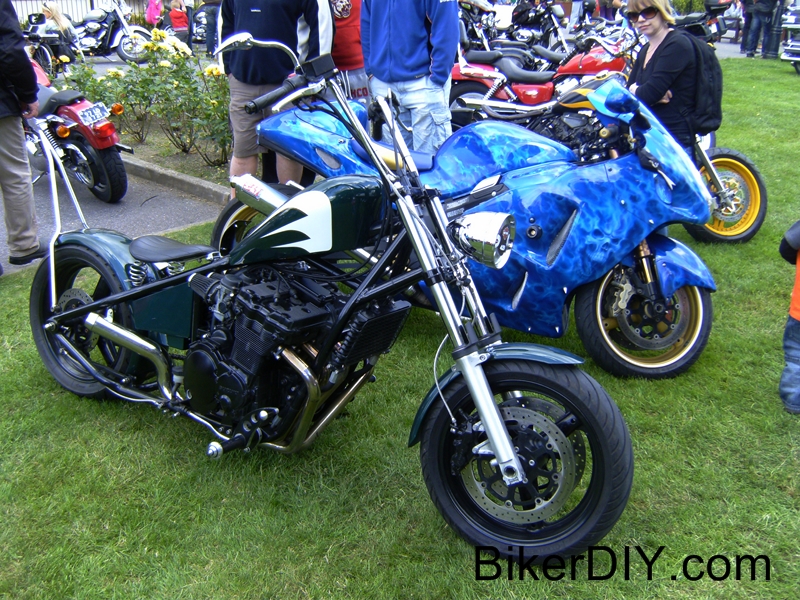 I have mentioned how enjoyable and family friendly the Bikefest in Killarney was in 2011, so no surprise then that we thought we would go back again this year, only this time I was going to take the little Gamma for the spin. I set to making her as good looking as possible for an unfinished project, and I have to say fifteen year old paint came up not to bad. 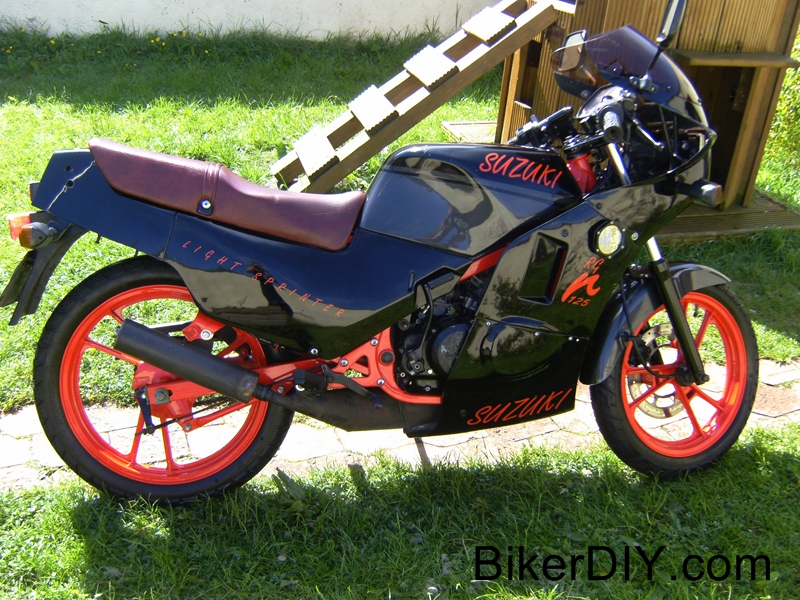 All it took was a serious washing, followed by several passes with a few different polishes and waxes (might expand on that later) and, ta-da, you get an “almost make out the photographer in the shine” kind of shine. I really didn’t expect it to come up so well.

And so, I drove her the several hundred Kilometres to Killarney, and on the way let me assure you, many many Harley’s and the like smelled my 2 smoke, LOL.

More than several hour’s later I arrive at the Bikefest village. 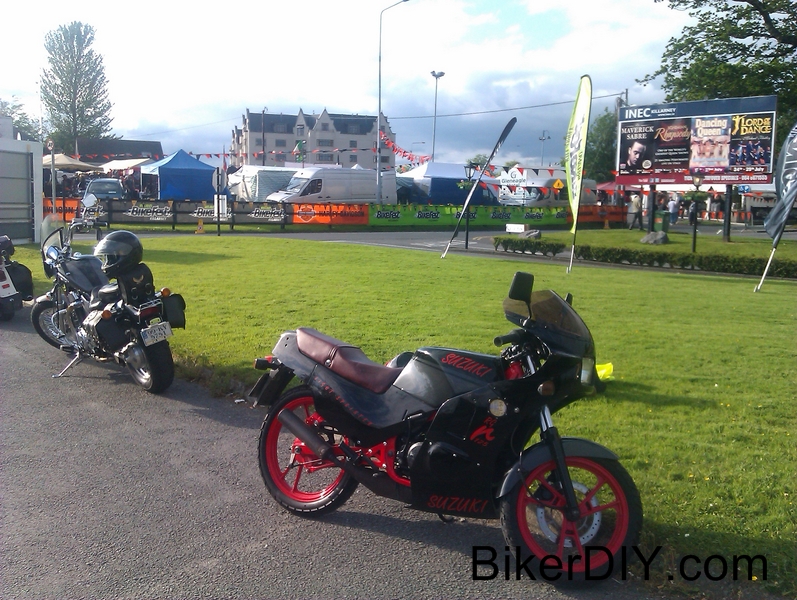 The weather on the Friday night was great, barbecue and a few beers even better. But the bad weather forecast for later Saturday day decided not to hold out that long and by 3am Saturday morning it was straight down rain which appeared set to continue for the day and maybe the weekend. By 1.30pm Saturday everybody who had just arrived at the bar of the glen eagle hotel was standing in a pool of water of their own making.

The bikefest, as I mentioned before is very family friendly but when the weather is against you and bouncy castle’s and trampolines are there to be seen by the kid’s but are closed because of the rain there is precious little else to distract said kid’s and with the turnout of visitor bike’s also apparently being effected (I estimate less than a hundred bike’s by 1.30pm Saturday) and the forecast for more of the same ’till Monday I could see no choice for me but to call it a washout and head home.

It took 7 hour’s on the gamma to get home again but I learned  a shed load from the experience. 1) First off an Rgr125 Gamma from the riding position point of view, was not designed with long distance travel for a 6 foot(ish) man in mind. 2) the engine vibration, which is always noticeable but not troublesome at distances travelled of up to 100km or so becomes “pin’s and needles in the hand’s for day’s after” kind of noticeable at distances greater than that. 3) my bike gear, while never letting me get cold, could not keep out the relentless rain and after about 200Km there was very little of me left dry. 4) Limerick city authorities do not sign post well enough for any driver not using the feckin’ motorway.

On the up side, the Gamma performed solidly and I am well pleased. The throttle was a little sticky by the end, probably just from the amount of water in and around the cable or maybe from the rust residue still coming from the tank as I did burn 3 tank’s of petrol in quick succession but other than that it didn’t give me any trouble, an outcome I have to admit that I wasn’t expecting but one I am well pleased with.

As for Bikefest 2012 it was a pity but it looks like the rain stopped at least some of the time on Sunday for the parade.

BTW for anyone who would be thinking I was a little bit mad to be driving so far on the little Gamma,  you should know I was overtaken at one point ( in my defence I was only doing the speed limit at the time) by a man who was driving a Honda 50, apparently part of a group doing a charity run from a village quite near my home, and he and his group were heading past Killarney to the Dingle Peninsula. Hat’s off to them and I have to say they looked to be having a ball with it.